The manufacturer Chrystler is well-known for the engines that they push out in the market. And when they brought out the third generation of the V8 engines, they have taken the market by storm. Even though the lineup itself got a lot of attention, the most went into the 5.7 Hemi and the 6.4 Hemi.

Because of how popular these two models became, the topic of 5.7 Hemi vs 6.4 Hemi is still a hot topic today. For that reason, people who were looking to pick a model from the lineup tend to fall into a dilemma. And considering that you have clicked on this article, we guess it is safe to say that you are in one as well.

However, you got nothing to worry about because we are here to get you out of the predicament you are in at the moment. We will offer all of the information we have managed to gather through intense research and extensive testing. So, sit back, get yourself a cup of coffee and continue reading. Let us first talk about the engine that kicked off the entire series in 2003, which is the Hemi 5.7. The main motive of bringing this one out is to replace the ever-so-famous 5.9L Magnum. And from that statement alone, you can guess how much of performance this beast has to offer.

The engine has a redefined design. It has been constructed from very scratch. This one consists of a cast iron cylinder block , which was a new thing back then. Also, there is a deep-skirt design that was also a new thing for the industry. Crystler has opted for a unique angle difference between the cylinders.

Instead of the common angle difference, they have opted for 90 degrees of difference between each of the cylinder banks. There are a total of four bolts for each of the primary bearings. Those do a proper job of supporting the cast iron crankshaft. Also, the Angle difference does a great job in this case as well.

In addition to that, the unit equips the redefined MDS system. However, this feature was for auto-transmission vehicles only. The manual ones did not come with this system.

Nevertheless, this specific model saw a revision in 2009. In this revision, the manufacture has tuned the engine and added some new features. One of them is the variable valve timing. Before this, the engine consisted of 1.5/1.5/3.0 mm wide rings. After the revision, they got a little smaller. They are now 1.2/1.2/2.0 mm.

Additionally, they now boast a reasonably longer timing chain as the camshaft saw an increase in height. For that reason, the length of the pushers is now short, which causes a reasonably less amount of inertia. 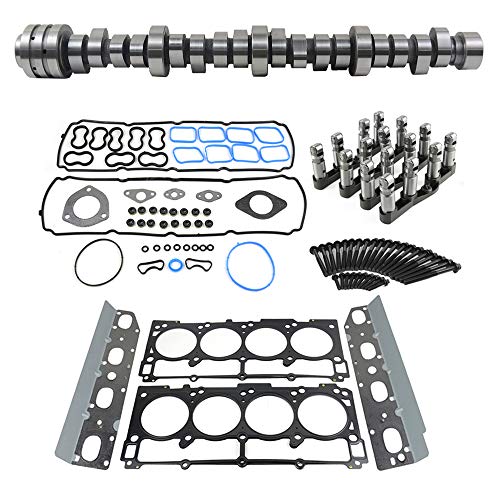 a) Under the Hood

If you are an enthusiast, we are 100 percent certain that the information we provided above was pretty boring. You are all about what’s under the hood, right? Well, we got you covered in that regard as well.

Waiting for the horsepower? Well, this one boasts a range of 340 to 395 HP. And most importantly, the torque level it can offer is from 375 to 410 pounds per foot.

This is the list of the vehicles that are compatible with this beast:

With all of the technical things aside, let us get into the things that make this engine stand out the most.

One of the things that made it so popular is the eco-friendly trait. We are specifically talking about the revised models here. The efficiency of those is pretty praiseworthy. And thanks to the unique design, they should be more environmentally friendly.

Another thing that makes this model stand out is life expectancy. The advertised rating is from 250,000 to 300,000 miles. However, with proper care, we believe this one can live longer than that.

f) The Efficiency of the Combustion

As we have mentioned above, the unit is highly efficient. And the same thing goes for combustion efficiency. In fact, this efficiency is better than most V8 engines.

Last but not least, the unit is highly reliable. You can rely on it fully. And thanks to the higher level of efficiency, the cost to drive the vehicle will not be that high.

Even though the engine has a lot of stand-out features, some things make it lag a bit. And they are as follows:

i) Expense For Replacements

Due to the fact that they would require a replacement every thirty thousand miles, the overall cost can pile up to a significant amount.

Another thing that makes this one a is a bit behind in the MDS sensitivity. It is a bit susceptible to the overall condition of the oil. For that reason, our recommendation would be to use high-quality oil. With the 5.7 aside, let us get into the other star of the show, which is the Hemi 6.4. The manufacturer brought this one out in the year 2005. And the first vehicle that featured this one is the Dodge Challenger SRT8. However, there was a gap between the introduction and production version.

The direct competitor it had when it was launched is the 6.7 LSB. Both the 6.7 LSB and the 6.5 are geared towards hauling and towing. However, the model we have in hand offers good overall performance in both of the scenarios. That is why the popularity of the 6.7 dropped significantly.

Nevertheless, this one packed a cast iron cylinder block with a 90 degree of angle difference. This one also included the deep-skirt design, which the 5.7 had introduced. The crankshaft of this one was of forged steel. Also, the colling jets were on the bottom of the pistons. This placement reduced the combustion heat. 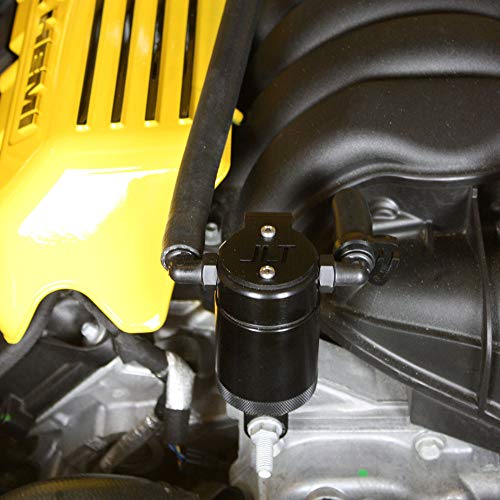 a) Under the Hood

b) The Compatible Vehicles

Here is the list of the vehicles that are compatible with the Apache 392:

With the specs and compatible list out of the way, let us have a look at the things that make it worth getting.

To start with, this one is built to last for a long amount of time. Considering that, you can expect this one to operate optimally for about 300 thousand miles. However, with proper care and regular maintenance, it can roar longer than that.

The engine provides a higher amount of lower-end torque. To be precise, the torque on the lower range is 70 pounds per foot.

Like the other beast we looked at, this one is highly reliable as well. It offers good overall performance.

g) The Temperature of the Combustion Chamber

As we have mentioned earlier, the cooling jets of this one do a proper job of lowering the combustion temperature’s temperature. It remains comparatively low.

The torque of this one is a bit higher than the 5.7. And the case is also the same for the overall horsepower.

Like any other thing, there are a few drawbacks to this engine. They are as follows:

MDS solenoid failure was pretty common on some of the earlier models. And the issue is still persistent in some of the new versions.

The ticking noise of the engine is a bit loud. However, aside from the noise, it does not affect the overall performance one bit.

From all of the research, it is pretty evident that 6.4 is the ultimate ruler when it comes to 5.7 Hemi vs 6.4 Hemi. It excels in horsepower, torque, cc, and stroke. However, the 5.7 is also a decent choice when compared to other average engines.