It is a well-known fact that both the Challenger and the Charger were born in the era where muscle cars were getting loads of attention. Yes, we are specifically talking about the 1960s and the 1970s. The V8 engine truly offered these two to provide a performance that surpassed most of the driver’s expectations.

Even though these two are pretty dated than the modern offerings, Dodge Challenger vs Charger is still a hot topic. And we are almost certain that you are well interested in knowing about the two to make the right decision. Firstly, we would like to assure you that you are in the right place.

We have tons of experience with both of the muscle cars. And we are here to spill all the things we know about the two. And the information we will provide here will surely make it easier for you to make a purchase decision. So, sit back and go through the entire article. The last revision is in the year 2021. And this is the revision we are going to mostly focus on in this article. So, without taking too much about the things that you probably do not care about, let us take a look at the things it can offer, shall we? 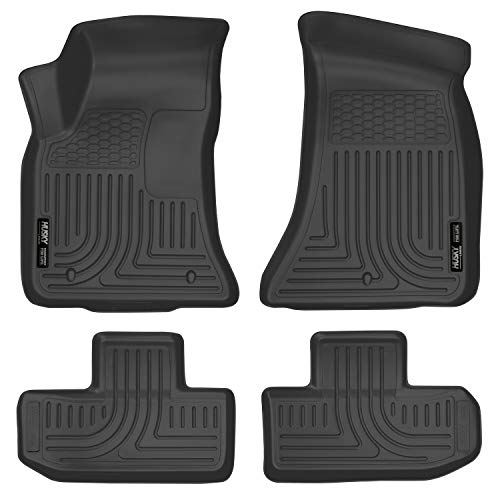 Before anything else, we would like to state that the Challenger is truly a beast when it comes to performance. It comes in both the manual and auto transmission mode, which will offer you a choice if you are a purist.

Also, there is a Wideboy version available for the Challenger, which has a praiseworthy horsepower rating. And the case is the same for the 2021 model. It can offer 797 HP, which is more than what people look for in a muscle car.

Additionally, there is an SRT version, which can offer as much as 807 HP. And the torque level of that version is 707 pounds per foot, which makes it a king on drag races. The wheels of this version also feature a proper design for drag racing. And it is also available in both manual and auto transmission modes.

Highly advanced technology is one of the norms of the cars offered by Dodge. And the same thing can be noticed here as well. You will find a large 8.4 inches U-connect touchscreen on the front. There are plenty of things integrated into it, including the Androids Auto Phone integration and Apple Carplay.

Connectivity-wise, it has both the wifi chip and the 4G receiver. And if you are picking an SRT model, you will notice a few more options on the settings. There is a feature, which will let you customize some of the settings of the vehicle. It also offers information about the telemetry data and some other parameters.

If you are in the market for the Challenger or Charger, we bet that fuel economy is not one of your main concerns. However, the good news is that the V8 engine is highly efficient in terms of fuel economy. So when you are treading on the roads, if you have a proper tire on the vehicle, you would be able to save some cash.

However, things will take a bit of turn if you choose a different automatic transmission mode. Usually, the eight-speed transmission mode is the most efficient. In comparison, the six-speed one is a bit inefficient. But the difference is not that much.

When we are comparing the prices, the Challenger will always be a cheaper and more affordable option, no matter which version you are after. Even the highly-priced SXT version costs 1700 more than the Challenger counterpart. The price gap remains the same for most of the other models as well.

Considering that, if you are in the market trying to save a couple of bucks on getting a muscle car and do not really want the two extra seats that the Charger offers, then the Challenger would be the ideal pick for you. Let us now move along to the second start of the show, which is the Dodge Charger. There are a total of seven generations available for this model. It first debuted in 1966, and it took five different generations to convert into a sedan. The sixth-generation converted it from a two-seater to a four-seater.

And after the sixth generation, there were not many significant changes made to the vehicle. The 2011 warrant recall was one of the noteworthy things for the seventh generation. However, the current 2020 version has seen different revisions, but none of them are as major for a generational leap.

The newest chargers feature a revised styling on the interior, some new features, and packs more power. And we are mainly going to focus on these specific models here.

As you might have guessed, the latest version of the Charger is also a sedan. That means it will have four doors. This specific design makes it ideal for being called a people hauler. However, the Challenger is also a five-seater, but the passengers on the back will surely be comfortable when riding on the Charger.

It has a good amount of space on the back. In other words, the legroom is going to be reasonably higher than the Challenger. And the increase of legroom will make it comfortable for the people sitting in the back. Some even think that the Challenger is not wide enough for being a five-seater, which is not the case for the Charger.

Another factor where the Charger shines is in the safety department. However, the safety level that the car offers is not really off the charts. There are better options available, especially the ones that score better in the crash tests. Nevertheless, the vehicle does score well on the roof strength.

Additionally, the score is reasonably praiseworthy in the head restraint tests. Also, the road tech it integrates has received a good score as well. It is capable of avoiding most of the common crashes. Considering that, if you prefer a bit more edge on the safety tech, the Charger would be the ideal pick for you.

From the data that IntelliChoice released, the Charger seems to be a better overall choice when it comes to long-term value. In fact, it is a recommended option for drivers that want to keep their car functional for more than five years.

When the costs required for the maintenance, repair, and fuel are considered, the non-Hellcat versions do receive a reasonably good score. There are hardly any factors where it scored mediocre or poor results. Even though the Hellcat versions score low, we believe that they will soon become a collector’s item.

However, the Challenger is not that far behind in these scores. But the Charger has a slight edge over the Challenger, which makes it a better pick.

To conclude, when it comes to Dodge Challenger vs. Charger, you need to ask yourself a couple of questions. Is the car going to be your daily driver? Do you want to transport people regularly? Is more cargo space necessary for you? If the answer to any of these questions is a yes for you, get the Charger.

On the other hand, if you think the factors mentioned above are not really worthy of being chosen over the performance that the Challenger can offer, go for it!