We always want more from the four-wheelers that we drive. To get the most out of them, we need to focus on the essential components.  Well, the first thing that most looks into is the tires. And it makes complete sense. For obtaining more or the required amount of traction for any specific terrain, the tires are the ones to look at.

That being said, when it comes to looking at different tires for traction, the topic that seems to revolve around the most is drag radial vs street tires. And for being an expert in the issues related to automobiles, we have a good amount of knowledge regarding the topic in hand to guide you in the right direction.

So, now that you have found the right source, all that is left to do is continue reading. 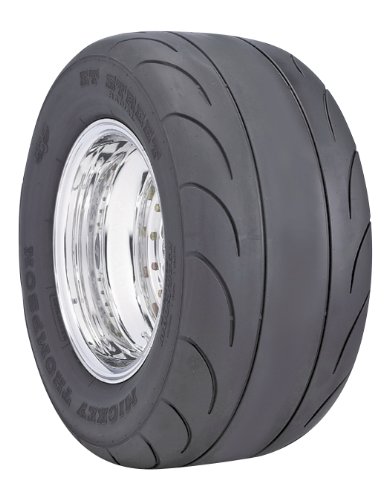 As you probably know by now, there are two types of drag radial tires. One is bias-ply, and the other one is radial. And there are some things that make these two different. Well, we are going to go through them one by one.

The main difference between the two of the best drag radial tires is the cord inside. In general, the true slick would generally have threads in the form of an X pattern. And the pattern will be all around the outer wall. These are also known as bias ply, which means you can tell whether the tire is radial or not by noticing the cords.

When we take radial into our consideration, the cord will go directly from the bead’s one side to the other. This trait will enable the tires to obtain more stability. And it will make the car launch harder than the other type. For that reason, drivers looking to make smooth turns usually opt for these. Another thing that sets the two types of drag radial tires apart is road use. Because of having a good amount of stability, people strongly suggest opting for the radial ones because they will offer smooth overall performance in terms of regular road driving.

On the other hand, for being made of the soft compound, the sidewalls of the bias-ply ones will surely collapse in the middle of the hard turns. And it would be a high risk to make turns with those installed on your car. For that reason, it is strongly suggested to opt for the bias-ply only for drag racing. 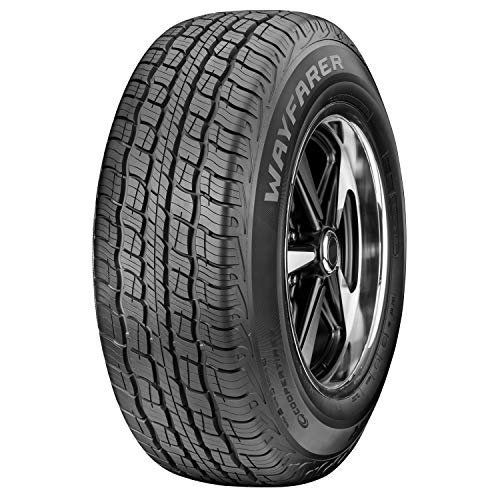 These have a complex structure. Even though they serve a different purpose, the basic setup of these and a drag or racing tire is the same. Nonetheless, just like the name suggests, these are going to offer the optimal overall performance on regular street terrains.

However, just like radial ones, there are different types of street tires available in the market. Let us give you a brief idea regarding all of them.

The thing that makes these different is the rubber compound. This compound excels in terms of offering a higher amount of grip and handling. As a result, even if the terrain is dry or a little bit wet, the amount of control you will gain over the vehicle will be pretty much on point.

Additionally, these will generally have a lower amount of rolling resistance. That means the fuel efficiency will be considerably high, and these generally will generate a significantly less amount of road noise.

As you might have guessed, these are suitable for winter roads. The gripping performance of these is going to be stellar. So, even if the terrain is full of snow or there is ice on the top, your vehicle will be able to gain a good amount of speed. And the amount of control on these terrains will be just right. We have gone through summer and winter tires. However, there is another type that combines the traits of both these tires to some degree. And this type is most ideal for the drivers that tread on hybrid terrains. That means it will be possible to gain a proper amount of control on snowy and dry terrains.

One of the greatest inventions of the automotive industry is the run-flat tires. The thing that makes this so good is the ability to remain totally operational when a puncture occurs. And the condition of the tire will remain the same even when there is an inflation of pressure.

The last type of street tires that will be available are the 4×4 ones. These will generally have spaced tread in comparison. Also, grooves will be deep, and the tread block will be considerably large. Because of that, these are going to perform optimally with trucks and other vehicles that require a higher amount of traction.

Now that you have a good idea regarding both types of tires let us move into the main topic we have in hand. And the differences that lie between them are as follows:

As we have mentioned above, the cords have a different pattern on each of the tires. Likewise, there is going to be a massive difference in terms of tread patterns. While the street ones will have a dense tread pattern, the drag radials will have little to no pattern at all.

Well, you might be wondering why does not the radials have any pattern at all. It is to ensure that the surface is hitting as much as possible. That also means it will not be ideal for driving these on wet terrain. The traction will be pretty poor, and you will struggle in terms of controlling your vehicle.

It goes without saying that the drag radials are the ideal pick for drag racing. They will have a higher launching speed and will be able to make the four-wheeler achieve a great amount of speed in a small amount of time.

However, the street ones are also capable of gaining a good amount of momentum. But it will not be nearly as close as what the drag radials can offer.

Even though the drag racing tires are not ideal for street driving, some of the drivers might still install them on their vehicles. But before setting your vehicle up with drag tires, you must ensure that the state you live in allows them on the street.

However, in comparison, street tires are generally legal in all of the streets. Whether it is on the city roads or the off roads, you will not face any legal issues by having them installed on your four-wheeler.

The radial tires usually have little to no tread pattern at all. And this trait has a significant effect in terms of grips on different roads. They will perform well on racing tracks, while the performance on the regular roads will be pretty much average. In some of the cases, they will be below average.

On the other hand, the street tires are pretty good at offering the right amount of grip on different terrains, especially if it is an all-terrain tire. With them, you can even get a stellar amount of grip on the racing tracks. However, they will not be ideal for those tracks because the launch speed is certainly not adequate.

By contrast, the street tires have a dense tread pattern. That allows them to offer a good amount of control on different terrains. So, making tight turns and going through a bit tricky terrains becomes a reasonably easy task with these, which can not be said for the best drag radial tires.

Now that you know all about the topic of drag radial vs street tires, hopefully, it will not be that much of a difficult task to choose one. However, when you do choose one, make sure that you have considered all of the differences. Also, ensure that you pick the right size, or else the installation process will be a mess.